Macroeconomic Outlook and Investment Strategy for the second half of 2020

Koen De Leus, Chief Economist, and Philippe Gijsels, Chief Strategy Officer, present their macroeconomic outlook for the second half of 2020 and explain how this is translated into the BNP Paribas Fortis investment strategy. 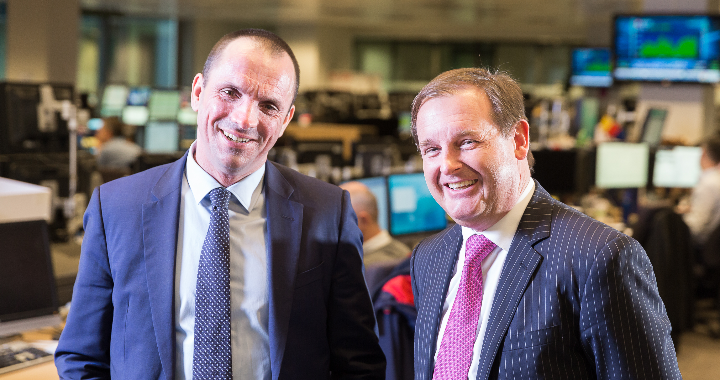 Now that much of the western world is gradually emerging from lockdown, the scale of the damage caused by COVID-19 is slowly becoming clear. According to the Bank of England, we have to go back to the Great Frost of 1709 in Europe, the coldest winter in 500 years – to find a bigger contraction of the economy. Initially there were hopes of a V-shaped recovery. Unfortunately, however, it is more likely to resemble the famous Nike emblem.

Belgium, along with France, Spain and Italy, is one of the hardest-hit countries, with a contraction of 11.1% this year and growth of barely 4.3% in 2021. Our growth estimates today are based on the production side rather than on consumption. In April, monthly  GDP was down around 30%. As long as there is no vaccine, we do not see the economy recovering fully. We are assuming that in December, economic activity will still be upwards of 10% below the pre-crisis level. The weak recovery in 2021 can be attributed to the ongoing social distancing practices and fear of contamination among consumers.

Reproductive rate R
Avoiding another lockdown is crucial even for this weak recovery.

Koen De Leus, Chief Economist: “The reproductive rate R, the number of new contaminations caused by one contaminated person, will be more important in the coming months that the r, the short-term interest rate of the European Central Bank, which is set to remain at zero for years to come. The R rate is now below 1 in most western countries. The contamination is no longer expanding. Simulations in which we move slowly towards a larger number of permitted contacts and / or an easing of the current social distancing practices illustrate that if we open up the economy too quickly, we very soon risk going above 1 again, resulting in a rapidly rising number of contaminations. The right balance between the medical risk and the economic damage will need to be found in the coming months. Isolating those who are contaminated and the most vulnerable people can widen the options available to policymakers.”

Investments with a high multiplier
In the meantime, the authorities are doing everything possible to support the economy. The worldwide policy response to COVID-19 consists of two parts: (i) central banks are trying to break the interaction between the financial markets and the worldwide economy in an attempt to prevent an imminent financial crisis; and (ii) governments are trying to avoid bankruptcies and job losses by absorbing a large proportion of companies’ wage bills. All this is leading to the biggest increase ever – in peacetime – in worldwide government spending.

The Belgian government, too, is implementing measures, but these are turning out to be relatively meagre at the moment. Nevertheless, we estimate a budget deficit of more than 10% for this year, with the level of indebtedness rising to over 120% of gross domestic product. The rising debt will need to be tackled later on. For the moment, the government has to boost the restart. It is important that money is spent properly.

Koen De Leus: “We are calling for investments that first and foremost benefit from a high multiplier and thus have a major positive economic impact. By this we mean incentives such as investments in project-specific infrastructure and connectivity, with spending on research and development and on education, and that focuses in particular on retraining employees.”

These measures also make a positive contribution to Belgium's long-term growth potential, which we include in our FutureProof Index. Belgium has fallen another place in the ranking and now lies in 16th position out of 27 EU countries plus the United Kingdom. However, we are not seeing any major decline in one of the twelve parameters, but if the others record progress, then the one who treads on the spot loses ground.

We can divide the path followed by the stock markets since the start of the pandemic into three phases. The first was the panic phase. It became clear that COVID-19 would not remain restricted to China, but would go viral all over the world and everyone saw that happening exponentially. But it was impossible to estimate the scope. Against this background of uncertainty, the conviction was that the central banks were out of ammunition and that governments could not be relied on to any great extent to cushion the blow. In the United States, with sights set on the elections in November 2020, Republicans and Democrats would certainly not concede one another very much. And in Europe there would also be a great deal of talking without many concrete results.

In the second phase, however, we noticed that the central banks were pushing huge amounts of liquidity into the system. They reduced their interest rates where possible and increased their supporting buying (quantitative easing) to a pace never seen before. In four weeks, more money was pumped into the markets and the real economy than during the whole of the 2008-2009 crisis. And governments too, in Europe, in America and in the rest of the world, worked flat out with fiscal support measures amounting to between 10% and 20% of GNP. The financial markets began to recover in this second phase.

We are currently in the third phase. The pandemic seems to be coming more and more under control and the world economy is gradually starting up again. In the meantime, it has become clear that the recovery will not be V-shaped and that not all regions and sectors will get back on their feet at the same pace.

Long versus short term
That means that in this phase, although the news reports have become a lot more positive, there is scope for disappointment and volatility. The recovery may be slower than the market, which is hoping for a V-shaped recovery. There is a risk of a second wave which, apart from the human suffering, would again have a negative impact on the real economy. If a vaccine is found earlier than expected, this would be a boost. Geopolitical risks such as Brexit and a resurgence of the trade wars, had faded into the background owing to the virus, but now they are back as if they had never been away. In the short term, therefore, we have a rather neutral view of the stock markets and would not chase after shares. In the somewhat longer term we certainly still see value here.

Philippe Gijsels, Chief Strategy Officer: “Clearly the central banks will keep rates exceptionally low for a long time to come and will carry on unabated with their quantitative easing. We are therefore in all likelihood facing a very long period in a world of negative real interest rates, especially if inflation starts rising a little again at some point. And financial history tells us that this is a particularly good environment for real assets such as stocks, real estate and gold.”

Commodities and currencies
As regards commodities, we remain very positive about gold and silver. We will only be more markedly positive about industrial metals when we see confirmation of the recovery of the world economy and demand from China. But in the longer term, our assumption is that there will be a shortage of copper and other metals linked to the electric revolution (when demand is greater than supply), with structurally higher prices on the horizon.

The US dollar is still overvalued against a lot of other currencies. At the moment, the USD is still benefiting from a safe haven. But as the world economy continues to recover, we could well come to a long-term watershed, which could also drive the euro higher. A weaker US dollar, resurgence of global growth and possibly somewhat higher commodities prices could put an end to the poor performances of the growth countries compared with more mature markets, a situation that has already lasted for over ten years. The same applies for the value stocks, which are at a record low level compared with the growth stocks.

Long-term themes
Philippe Gijsels: “Now more than ever, it is advisable to opt for long term themes. In the post-coronavirus world, we see not only a number of new trends but above all an acceleration in a number of existing trends. For instance, we are on the eve of a golden age for biotechnology. In addition, investments in infrastructure will not only rise but will increasingly have a green aspect.”

The coming months will not only be volatile and full of risks, but new trends and new developments will also offer unprecedented opportunities.

FutureProof Index: is Belgium equipped to face the future ?


The Only Game in Town (Mohamed A. El-Erian)

BNP Paribas Fortis (www.bnpparibasfortis.com) offers the Belgian market a comprehensive range of financial services for private individuals, the self-employed, professionals, companies and public organisations. In the insurance sector, BNP Paribas Fortis works closely, as a tied agent, with Belgian market leader AG Insurance. At international level, the Bank also provides high-net-worth individuals, large corporations and public and financial institutions with customised solutions, for which it is able to draw on the know-how and international network of the BNP Paribas Group.

BNP Paribas (www.bnpparibas.com) is a leading bank in Europe with an international reach. It has a presence in 71 countries, with more than 199,000 employees, approximately 151,000 of whom are in Europe. The Group holds key position in its three main activities: Domestic Markets and International Financial Services (whose retail banking networks and financial services are covered by Retail Banking & Services) and Corporate & Institutional Banking, which services two client franchises: corporate clients and institutional investors. The Group helps all its clients (individuals, community associations, entrepreneurs, SMEs, corporates and institutional clients) to implement their projects through solutions spanning financing, investment, savings and protection insurance. In Europe, the Group has four domestic markets (Belgium, France, Italy and Luxembourg) and BNP Paribas Personal Finance is the European leader in consumer lending. BNP Paribas is rolling out its integrated retail-banking model in Mediterranean countries, in Turkey and in Eastern Europe, and has a large network in the western part of the United States.  In its Corporate & Institutional Banking and International Financial Services activities, BNP Paribas also enjoys top positions in Europe, a strong presence in the Americas as well as a sound and fast-growing business in Asia-Pacific.